Advertising for the New Decade

Win Them Over Or Wear Them Down? 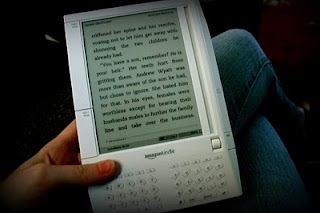 I own a Kindle. Not an iPad (the name still makes me cringe). But Apple is selling them at a brisk pace, and the Nook is not far behind. Long time readers of this blog know that I love books. So I was struck by news of two recent studies that reach similar conclusions: college libraries are costly to maintain, perhaps too costly. The sooner professors and students embrace e-books, the sooner their libraries can start saving money–but that might not happen for a while.

So what makes a breakthrough possible in the legacy bedrock of the knowledge economy—namely academia? It’s a question that fascinates me. What tips the culture? With all due respect to Malcolm Gladwell, I understand what triggers a viral uptick. But how does a culture finally make the conversion toward radical change, once and for all?

Hint: Nobel Prize-winning physicist Max Planck knew that in his field, like most others, ingenious innovation doesn’t automatically win people over. The advancement of new ideas is hampered by the careerism of scientists. “A new scientific truth does not triumph by convincing its opponents and making them see the light,” he wrote, “but rather because its opponents eventually die, and a new generation grows up that is familiar with it.”

For all the hoopla about change, is progress just a war of attrition?

Thanks, Breamarie, for the photo.