Rox Darling and Primo Water take a Beach Walk Together: A Peek Into an E-content Sponsorship Deal

Will Symbols Set Us Free? 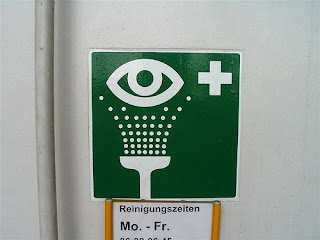 How much email is too much? Yesterday, I was in Des Moines giving a RenGen talk. Over lunch, the topic of email ettiquette came up. Michael Morain from the Des Moines Register and John Busbee from KFMG radio and I were talking about managing multiple media obligations. Michael wondered: “What’s the human threshold for email? At what point do you just give out because you can’t respond to one more email?” No one knew.

I dialed up Shelley Dolley, one of my associates. She quickly unearthed figures on the number of emails that were sent out worldwide in 2006 (billions!), divided that by world population and voila! The average number of emails managed per person is about 200, rounded down. Yikes! We are swimming in email. Now, we have to account for SPAM in there. “SPAM ruins everything,” Michael bemoaned. True. Still, this is a lot of communication.

So, how to simplify?
Take up a haiku approach? Fewer words? Well, consider Abe Lincoln’s quandary, “If I had more time, I would have written a shorter letter.”

Or are we headed for a new language based on symbols? It’s universal, visual, and quick. It would replace the cryptic, letter-based code of IM that leaves so much up for misinterpretation.

military uses symbols. It helps clarify, train, and command quick behaviors. Then there’s TripleInk, a firm that specializes in symbology. Also noteworthy, the hand drawings of bloggers that are so popular. Just more evidence that this move towards visual language is revving up.
Culturally, this is a big deal. Whenever a civilization begins creating a new language, it marks an important milestone. The more universal the new language, the deeper the implications. This goes beyond jargon or dialect.
The burden of our current communications cannot hold. So let me ask, how many emails will it take to achieve world adoption of symbols as Internet language?
Photo courtesy of Temp13rec on Flickr