“Free” to Be You and Me: Chris Anderson’s New Book

What’s So Cool about Cory Doctorow? 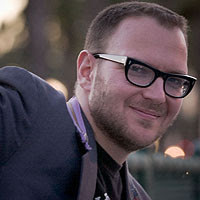 I returned to my office after a flurry of meetings to find a nice little email from Cory Doctorow. “Yes, let’s connect when I’m in Chicago,” he said. Doctorow is one of those rare talents who tips the culture with sticky concepts like “whuffie“– a reputation-based currency. (A new book by Tara Hunt titled The Whuffie Factor exploits the concept further.)

This weekend, I rooted myself in the sand at Gordon Beach in Michigan and re-read Doctorow’s dystopian novel “Little Brother.” It’s a gut punch for those unclear about the dangers of surveillance and privacy abuses. Doctorow has backed the ALA’s attempt to crystallize for library patrons their rights in controlling what happens to their information in a world where privacy is virtually non-existent.

Griffin Theatre Company in Chicago has adapted “Little Brother” for the stage to rave reviews. Doctorow, an energetic proponent of Creative Commons, made his content available for adaptation without the usual hoops and formalities. He’s coming to see the show in a few weeks. While he’s in town, I will sit down with him to hear his thoughts on what it takes to get your “whuffie” on in a world overflowing with creative content.

So…what’s so cool about Cory Doctorow? He has the attributes of a great contemporary brand: he’s authentic, has a voice, is connected, committed, and remains accessible to his tribe for collaboration. He’s a poster child for the RenGen.