What is Don Draper Thinking? 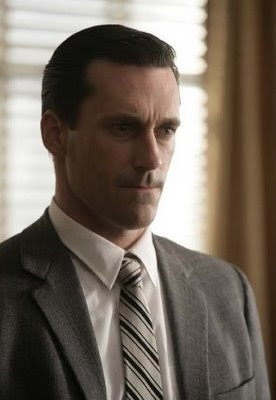 If you’re a fan of Mad Men, you may marvel at the iron clad decision-making prowess of Don Draper. His clarity is powerful. Well, it turns out that research shows that powerful people tend to ignore new information because they are so confident as people. Richard Petty, professor of Psychology at Ohio State says his study casts doubt on the classic assertion that “Power corrupts people and leads them to negative actions. Instead, what power does is make people more likely to unquestionably believe their own thoughts and act on them,” says Petty.

Apparently both low- and high-power people may have negative thoughts at times, and think about doing something bad. But because high-power people are more confident in their thoughts – and less susceptible to countering views – they are more likely to follow through into action.
By the same token, if a powerful person has a positive, pro-social thought, she may be more likely to follow through on that thought and turn it into reality. “Powerful people are more likely to act on what they are thinking – good or bad – without second guessing themselves,” Petty says.
So, if you are planning to pitch a new idea, it’s better to do so by presenting something counter-intuitive as an opener that leaves the decision maker feeling a little off balance. Or make your request in a neutral setting, not his or her office or board room which are often laden with the trappings of power.