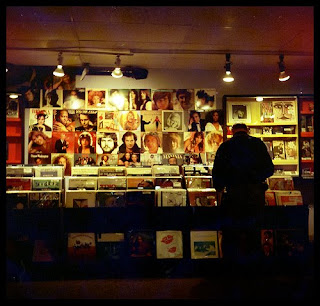 In the 1980’s, nagging could be silenced by, “Hey, you sound like a broken record.” It may be an antiquated diss, but for the record, vinyl sales are up a record 80%. A rising class of audiophiles devoted to the warmer, richer sound of vinyl are a growing force. Once seen as a micro-niche served by dusty little indie shops, now they are a target for mainstream big boxes. Best Buy has just announced a pilot program to return vinyl albums to some of its stores this summer. And last week, EMI announced it would reissue a whole slate of albums on vinyl starting Aug. 19