Taking the City of Your Dreams for a Test Drive 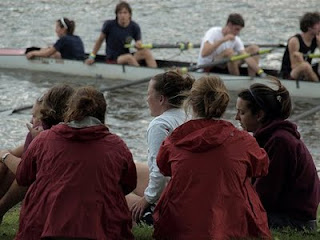 My first encounter with the city of Philadelphia was back in college. I was there to row in the Dad Vail Regatta. The race drew people to Philly, even when the city was a hell hole of urban decay. Today, Philly’s on the rise.

Richard Florida‘s been urging civic leaders to woo the best and brightest to their cities if they hope to gain competitive advantage. Talent, he argues, is one of the top three lynch pins to economic growth, along with technology and tolerance.

Deciding where to live is a major decision. Cities are brands. Any one who sells big ticket lifestyle brands, cars for instance, will tell you that it’s important to create the intent to buy. That’s what test drives and sampling accomplish for a brand. The young cultural consumers we recently surveyed had strong feelings about lifestyle and livability in their cities. They want public art, farmer’s markets, libraries, public parks and lots of ways to learn.

Cities vying for young talent need a way for people to test drive their city. Our crew team never went to another city without getting lost at least three times. We always saw more of the city than we planned to. We ate in diners. We danced in bars. We checked things out.

This economy is forcing all of us to pare down. We shed things as a prelude to the re-invention process. Death comes first is a rule of a renaissance. Leaders in Philly sacrificed the Dad Vail Regatta to other pressing priorities, no doubt. But I’ll wager once it’s gone, something like it will have to be invented to replace it.