How to Make a Video Go Viral 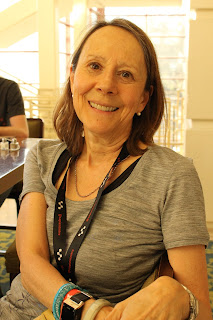 I caught up with Esther Dyson during the conference. While I consider her a founding mother of the digital age, she’s more low key about her role.

Having just flown in from half way around the world, Dyson wasn’t sure if her photo would turn out. I think she looks amazingly fresh, especially considering she had just spent 14 hours on a plane! In fact, that’s what struck me most about Dyson—she’s fresh. She takes life on with a drive to discover what’s next and new.

We talked about her training as a cosmonaut, and we touched on her role as angel investor. She revealed how she spots a winner—hint: something truly new.

I’ll share more when I profile Esther Dyson for a series that kicks off on Mother’s Day titled “The Mothers of Invention,” saluting the women who blazed trails at the dawn of the Internet.