Switching from Sports to Music Delivers More for Sponsor 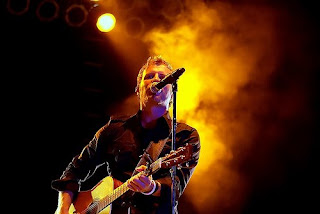 A long-time sponsor of a sporting event wanted to know if it was still a good investment given the amount of change in their demographic. Like many American-based companies, their customer base was becoming ever more Hispanic. An interesting case study from Yankelovich, reveals hard evidence on the power of cultural experiences to transfer brand allegiance across a broader base of customer types.

Top findings include:
1. Music is a more universal interest than sports.
2. Music is more relevant across Hispanic sub-segments
3. Concert attendees are generally of higher income than sporting event patrons.
The sponsor made the switch. Results? Their sponsorship of a concert series earned them more and better qualified leads.
So why do 69% of all sponsorship dollars go to sporting events?
It’s a failure of imagination. Most people can’t picture what it might look like to shake up the portfolio and actually create some true differentiation. Consider also that CMOs like buying those deals. They reinforce the values of many of the executive suite. Besides, who’s gonna get fired for sponsoring a golf tournament or a sky box? Finally, its a shell game. At some point, it became more important to sponsor sporting events and provide perqs for employees and C-level talent. Making real marketing impact was an afterthought.
Perhaps that’s why sponsorships are coming under scrutiny from the Feds and the media. Not because sponsorship needs regulating, which is the freak out being had over at IEG, but because sponsors shouldn’t use tax payer’s dollars to finance employee perqs. William Chipps, editor of IEG’s newsletter puffed more smoke and adjusted the mirrors by saying Northern Trust’s controversial PGA deal was a “bona fide marketing platform.” Huh. A CMO at a financial services company, and client of ours I should disclose, considers his golf sponsorships to be more about making the internal troops happy and financing a giant cocktail lounge off the 18th hole.
As for what impact cultural experiences can deliver for sponsors versus sports, that’s a conversation for serious marketers looking to get some traction across as many segments as they can. More highlights on the Yankelovich study here.
Photo courtesy of Dan Durango99