Is Higher Education the Next Economic Bubble to Burst? 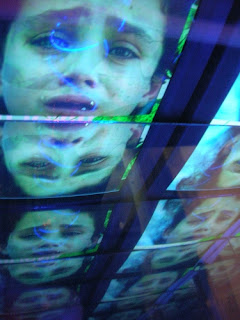 A short summary of this year’s Sundance Festival goes like this: Deal making was tepid and Robert Redford did his best to control the commercialism at the festival, while keeping corporate sponsors paying six-figure fees happy. Never an easy balance. And Bono was captured on videotape giving a self-serving pitch to Redford in a lobby about his U2/3-D entry that made me wince to watch it. (Seems that clip has been taken down from the Sundance site and replaced with a slickly edited piece about just what an “indy” guy Bono is.)

But what intrigued me from afar were the new multi-media mash ups being showcased this year. It’s a fusion of handmade and hi-tech. The Web has facilitated colossal amounts of creative output. And according to Mike Plante who writes for Filmmaker Magazine this is stimulating a new appreciation for craftsmanship. MMOGs, podcasting, video, and hand-drawn art that is videotaped and YouTubed (now a verb) is combining to create a new genre.

When the accessibility of laptops, programs, and video equipment makes filmmaking possible for anyone with an idea, it forces the masters of digital media to focus on the basics to master their media, multi- or otherwise. Brent Green, a multi-media artist whose work was showcased at Sundance commented that, “In order to rise above the fray, the writing needs to be there; the tragedies, jokes, and beauty need to be there. Accessibility to technology has forced us to make good films to get noticed.” This is the glimmer a master class of artists who are creating a new culture–a RenGen phenomenon.

Consider that DaVinci and Michelangelo rose is such a context. It cheers me to know that amid the disastrous news that the Bush Administration is secretly planning to build military bases in Iraq to permanently commit American taxpayers to war in the region, that a new era is unfolding despite all rest of it. America is forging a new vision of itself as a creative force, not a destructive force.This is what it looks like right before a renaissance.
Image courtesy of ajiartist