Finding Faith and the RenGen

Sponsorship Monday: Why Riccardo Muti is so Sponsorworthy 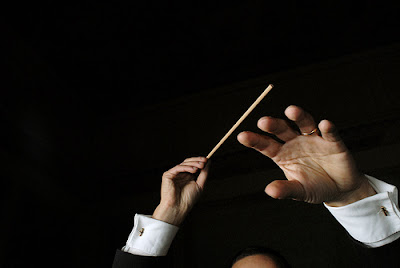 Rumors circulated for months. Would, could the Chicago Symphony Orchestra actually land Riccardo Muti as its next music director? Some people argued it was madness to hire him. Muti’s tempestuous personality accompanies his brilliance, making him a handful.

Like many great talents, Muti seems to suffer from occupational narcissism, an affliction suffered by people whose work lives seem to grant them licence for over-the-top self love. No matter. Muti is worth the price of friction. He has a rare thing in classical music: a personal brand. It transcends the rarefied world of oboes and Stratevarious violins. Muti is one of two classical personalities whom corporate sponsors might recognize. Yo-Yo Ma is the other. His presence should help the CSO revive its corporate sponsorship program.

The CSO was a pioneer in corporate sponsorship of the arts. Back in the late 1980’s, a sports marketing executive from MCI wandered into Symphony Hall looking to do a deal. Previously, he had only sponsored PGA tournaments and had a few NBA deals under his belt. (I know this story because MCI was an early client.) CSO gently, but firmly guided him through what became MCI’s first arts sponsorship. “No, it’s not a good idea to hang your logo behind the musicians.” That deal alerted the CSO to its potential for tapping corporate marketing budgets. Later on, it formalized a sponsorship program. Over the years, the program waxed and waned depending on the leadership.

When is a person not a person? When he/she is a brand! With Muti on board, the CSO can revive that program. His name will open doors. His personality will attract media attention. His narcissism will command respect among alpha males. In a business where perception is everything, CSO now has an incredible marketing asset in its possession. I trust it will not be sotto voce about it.