RenGen on the Road heads to Providence and Boston

McDonald’s SEO Strategy? Or Something Else? 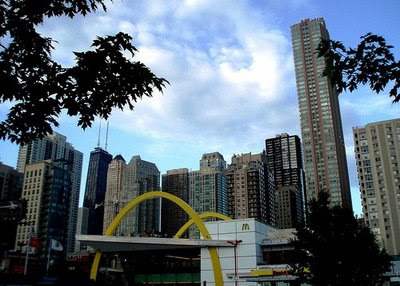 This week, I’m glad to offer some equal measure of good news to temper the bad for burger giant McDonald’s. (As some of you know, the 1996 burger photo from Culture Scout Karen Hanrahan caused quite a stir.)

Chicago is on the short-list of cities vying for the 2016 Olympics. Enthusiasts over at Medalupdate.com are predicting it will be another record-smashing Olympiad with Usain Bolt looking to become “the first man to break the sound barrier powered by his legs alone.” Coincidentally enough, the Windy City is also home to McDonald’s Corp., top sponsors of the Olympics. And while they’re not officially coming out and saying it, “McDonald’s is heavily hinting that they’d “prefer” if the International Olympic Committee chose Chicago.”

Winning an Olympic bid is difficult and expensive work. Chicago could use the leverage of the Golden Arches to win over other sponsors who will see an American market as being less strategic than a large, relatively untapped market like Beijing. Photo credit: Karbon69