Where Are You On Obama’s Map? 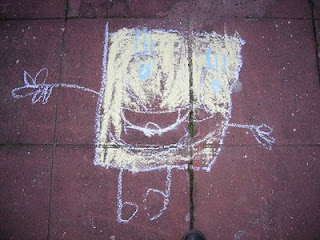 Acclaimed filmmaker Patrick Creadon (Wordplay and I.O.U.S.A) will co-produce, direct and write the documentary, along with co-producer Christine O’Malley. The one-hour original television documentary will chronicle SpongeBob’s journey to pop culture stardom. It will be telecast across MTV Networks’ various TV platforms in July to commemorate the anniversary of the series’ first episode.

Get this: the reason Nickelodeon tapped the award-winning documentary makers was that “Patrick and Christine have a talent for finding a greater cultural significance in their film subjects,” said Marjorie Cohn, Executive Vice President, Development and Original Programming, Nickelodeon and executive producer of the project.

The museum-izing of pop culture is a trend I call, “Now museum, now you don’t.” It’s when Boomers who created pop culture look to leave a serious legacy. Consider as an example George Lucas’s popular Star Wars touring exhibition. It’s a way of making a deeper mark on the culture. Advertising and marketing are rarely enduring. In fact, a curator would likely categorize it as “ephemera.” But embedding your brand into the culture gives it relevance with a longer shelf life.