For Sale: The Poetry of Common Classifieds 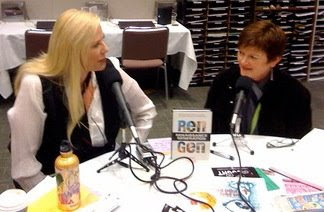 When I posted last week from SXSW Interactive, I got some tweets and Facebook requests for more on the topic. Here’s my take on the experience, a version of which appeared today in Advertising Age. SXSW Interactive wrapped up recently, leaving the new media mavens who attended a little more sober about the future despite the usual whirlwind of events and parties. Often dubbed the Sundance of new media, SXSWi is the bellwether for what lies ahead for digital culture. Here are seven unthinkable ideas from SXSWi 2009. Savvy marketers should consider these the tremors that lead to trends.
1. Vision delivers ROI. Among battle-hardened executives, the “vision” thing may feel more like a frill than a competitive strategy. But Zappos CEO Tony Hsieh (pronounced “shea”) proves that having a higher purpose is more than a good idea, it creates a striving culture that delivers to the bottom line. Hsieh spoke eloquently about the true mission at Zappos: to create happiness. Out of context it may sound soft, absurd even, for an online shoe outlet. But consider that Hsieh has had to double his offer to $2,000 pay trainees to quit; too few were taking him up on it. He has mastered Twitter as an outreach tool, (he began following me the day after he spoke) and enjoys a steady flow of visitors to Zappos HQ in Las Vegas who make pilgrimages to witness the inner workings of the web-based shoe giant and then blog about it or tell friends. Steve Bezos never inspired such fervor. With revenues in excess of $800 million in 2007, Zappos was projected to earn over $1 billion in 2008. Compassion for the customer and commitment to the culture have made Zappos a success. Pricing, distribution, and many other standard operations are just details.
2. Marketing and customer experience are the same thing. In the past, customer service was considered a way to fulfill on the brand promise. Witness the rise of customer service as the chief marketing tool. Here again, Tony Hsieh made the case for redirecting what he might have spent on marketing and instead aiming those resources at intensely customer-centric business with a 24/7 call center and operators who double as shoe therapists. In an age when reputation and WOM can quickly swell from ripple to tsunami, marketers cannot afford to overlook the cycle of reciprocity that good service delivers, and elevate it in the mix.
3. Avoid stupid, stupid. Make the consumer brilliant. “Don’t bother trying to get them to think you’re brilliant.” said Kathy Sierra, cognition expert and game developer, whose keynote was one of the most heavily blogged and Twittered events of the conference. According to Sierra, in a knowledge economy people hate feeling they suck at something. Consumers like to master cognitive tasks. If your product has too many features, says Sierra, or is anything so high-concept as to be unmanageable, it will fail to find an audience.
4. You can make money from “free” stuff. So says Chris Anderson, author of the forthcoming book, FREE: The Future of a Radical Price, (Hyperion, July 2009). Anderson deserves credit for advancing the most unthinkable idea at SWSWi—that businesses can make money by giving things away. Anderson’s point is salient, that like it or lump it, the Internet has made “free” a disruptive force—deal with it or die. And when I caught up with Anderson in Austin, he was earnest in his desire to provide a useful guide for businesses to navigate free versus paying customers. Marketers coping with a phenomenon that is crushing many established businesses, especially those where intellectual property is what’s for sale, will find insights in Anderson’s rigorously researched and sharply written book.
5. Participation will be ubiquitous. Allowing consumers to voluntarily market your brand is one thing, but consumer participation will hack its way into other operations, including rarefied arenas like R&D. A representative from Kraft Foods told me that the packaged goods giant is moving toward a “participatory way for customers to share in the innovation process.”
6. Dad is the new mom. And personal storytelling is no longer a chick thing. In the Dad is the New Mom panel, dad bloggers talked about the need to get real and personal to win audiences, and advertisers. Pepsico, a prominent presence at SXSW, has begun working with the dad bloggers to win share of wallet as men take on household tasks including shopping.
7. Low overhead is the new currency–especially for start-ups. It may be very old school, but bootstrapping is back. With cash scarce and venture capital in hiding, Guy Kawasaki, author of Reality Check (Portfolio, October 2008), described how exploiting cost-saving web services will keep early stage expenses very low. “A couple of talented people, time and energy are the critical resources now. So much of the costs of hardware have been converted into services.” Kawasaki explained as we chatted in a hotel lobby. “The toughest part of bootstrapping in this environment is scaling up,” he cautioned. Walking his talk, Kawasaki continues to launch new ventures. His latest is Alltop, a rating and referral service for websites. He was there promoting it, as well, in the relentless effort to scale it up. Despite the economic climate, SXSWi is still a place where people put forth ambitious ideas. Some SXSWi veterans remarked that the tone this year was subdued. Perhaps that’s what made the unthinkable ideas resound. Any one of these ideas is enough to make a marketer understand how deep the change is we’re experiencing. But they also point the way to many greener fields of opportunity.