The Dark Secrets of a Best Seller 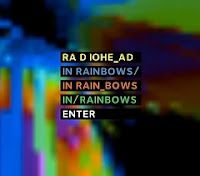 Two weeks into the experiment, the band Radiohead is getting traction with its RenGen pricing stunt. First, the band cracked through the media clutter, earning instant notoriety for its pay-what-you-want pricing model for its latest release. They’ve broken new ground–making passion for their music the new currency. The band is also building a community of fans who feel empowered when they vote with their dollars for the music. Their story has lessons for all of us about how to build a brand in the RenGen:
1. Brands must be ideas. This goes way beyond clever sloganeering. The product itself must be an idea, or about ideas. How something is packaged, priced, promoted, must help the consumer achieve more than a simple transaction. In a world awash in content, the key is connecting to a larger idea. Radiohead’s voluntary pricing model makes it all about personal expression not commerce. And gets inside the consumer’s head, asking a person to weigh, wonder, and assess how much meaning the music has. Very RenGen.
2. Good brands percolate. For over 50 years marketing has been about push and pull. Push messages out, pull audiences toward you. The new opportunity lies in percolating content with equal parts of social relevance and self-expression to create a rich brew consumers line up for.
3. Transcending what was. We live in the interlude period before the rise of the renaissance. Poised at the dawn of a new age, people feel confused, unanchored. As they move into the unknown. The building blocks of the society may be up for creative redesign—things like money, for instance. Ours is a sophisticated consumer culture, likely the most sophisticated in the world. Radiohead has helped people rethink commerce. They’ve made the value proposition a co-creative exercise.

The experiment with intellectual property will continue. It’s fascinating to be a witness to these shifts as they signal deeper trends.