Taking the City of Your Dreams for a Test Drive

What’s in My Bag 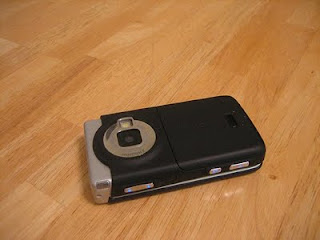 It’s been a year since PopTech’s Accelerator unveiled the groundbreaking Project Masiluke (Project M) to fight HIV/AIDS in South Africa, where infection rates are at 40%. Project M equips people with cell phones that urge them to get tested. If you’re HIV positive it reminds you to take your meds, and it connects you with far-flung health resources. It even lights up so you can find your pills at night. It’s like having a doctor in your pocket.
How are things going? Well, after just one year the campaign has forged impressive partnerships: FrogDesign, United Nations, National Geographic, NOKIA to name a few. This October, “Have U Been Tested?” text messages were pushed out kicking off the campaign.
It’s inspiring that a new idea could rally so many heavy-hitting brands to ride to the rescue of AIDS patients in such a short time. It’s more evidence that the values of leaders who sign off on social impact projects are lining up with their audiences.
We’ll see more of these initiatives if 3 things happen:
1. The business media take these initiatives seriously.
2. Companies tether their core ambitions to their sponsorship of causes. NOKIA, for instance, uses its involvement to help it crack developing markets (sales); to innovate around life-saving, “must-have” uses for the devices (R&D); thereby ensuring future relevance and marketability (marketing, more sales); and opening doors to powerful B2B relationships that will deliver as yet unforeseen benefits in an unpredicable economy (who’s got your back).
3. Customers learn about it and reward the effort. I have a NOKIA phone. (Disclosure: NOKIA is NOT a client.) My contract is up in January. I have options. Because I liked my NOKIA phone, I intend to stick with the brand. Now, I’m passionate about doing so. I will say so when I make the transaction.
The trouble with cause marketing is that it exists at two extremes: cloaked mercenariness or unstrategic soft-heartedness. Project M expands the definition of what is “good” and what is also good business with a campaign that is symbiotic.
Photo courtesy of Tonystl at Flickr