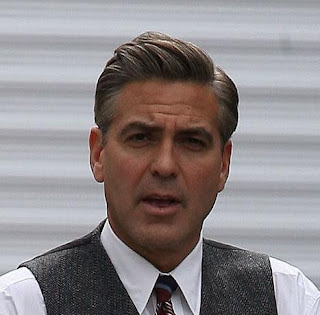 Dubai International Film Festival kicked off its fourth year this week with an opening night party. According to Variety, no expense was spared in its attempt to emulate the glamour of Cannes. George Clooney paid a return visit to the Emirate where he shot part of “Syriana” back in 2005. He was there to promote “Michael Clayton,” his powerful portrayal of a “fixer” who mops up corruption and protects unscrupulous corporations for his law firm, until he becomes a target. The film’s moral about righting wrongs earned it polite applause in Dubai. Apparently, the public there is yet unschooled in celebrity worship. A reader’s poll in Dubai’s English-language newspaper Gulf News asked if George Clooney’s getting better with age, to which 76% said they do not care. Asked about red carpet arrivals, 73% said they never watch them. Gives you some perspective on American pop culture, doesn’t it?