The Art of Brand-building Meets the Power of Purpose 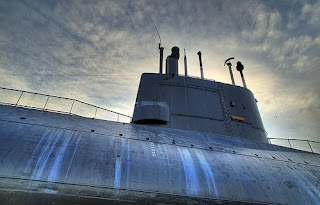 Today is a national holiday. From the looks of it, people are enjoying it. Planting gardens, riding bikes, kicking back. But what about Sponsorship Monday? I decided to hold off this week and honor for Memorial Day for its true intent. Look for it next week when I’ll feature an e-content sponsorship deal that Rox Darling and Susan Bratton collaborated on. It’s an excellent model.

In the spirit of Memorial Day I’d like to honor my father, James Robert Martin, who entered the Unites States Navy at the age of 17. Having grown up a coal miner’s son in West Virginia, he begged his mother to give her permission to send him into war. I like to believe he felt his fortunes were improved by war, considering his conditions. My grandmother would later tell me it was the most painful decision of her life signing her underage son into combat. He served with honor on the USS Flasher as an electrician’s assistant, decorated twice. It was a gunboat that sank more Japanese tonnage than any in the US fleet.

He survived the war. Returned home. Packed his belongings and made his way to Detroit to study at the General Motors Institute. GM offered generous packages to young men coming out of the war who had mastered technical skills. It was his ticket to the American dream.

Thanks to my father and all the men and women out there with similar stories. It’s important to set aside a day for all of us living in freedom to remember its price.