Gearing Up for Pitchfork Music Festival 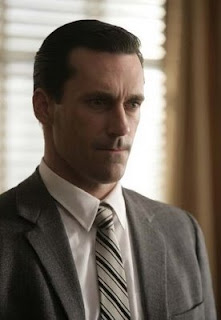 Sterling Cooper may be fictional, but it’s creative moxy is for real. As part of the launch of the Season 2 DVD of “Mad Men” producer Matt Weiner has incorporated vintage style ads for legacy brands like Clorox. Because “Mad Men” is an adult drama about the ad business in the 1960’s it can woo partners for promotions that integrate well into the storyline. Marketing this way enhances the viewers experience rather than interrupting it. It’s a rare fusion of content and advertising that strengthens both.

There is also some product placement for contemporary brands such as Banana Republic which is promoting “Mad Men” by offering the kind of clothing worn by Don Draper, the show’s central character. Banana Republic is sponsoring a contest touted in the August issue of Vanity Fair, along with an advertorial for the season two DVD that promotes a sweepstakes called “Mad” on Madison with prizes like “a ‘Mad Men’-inspired weekend getaway for two to New York City.”
The partners joining forces for the “Mad Men” marketing blitz include Banana Republic, Clorox, Vanity Fair and Variety. The efforts are more extensive than those a year ago, when Lionsgate released the first season on DVD and AMC was about to start season two on TV.
More here…