What Will Happen To Me When I Stop Making Lunch?

Leave Your Ego At the Door: How To Pitch Without Fear of Rejection 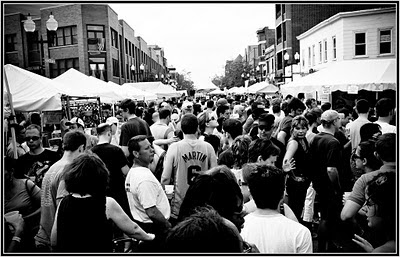 Rejection is painful. That’s why so few people can handle sales jobs. Once the fear of rejection sets in, the mere idea of pitching can make a person feel downright queasy.  But what if you stopped caring about the outcome and just looked at each pitch or proposal as a simple gesture? Would it improve your results? Melissa Lagowski thinks it would.

Every year, Melissa reaches out to over 100 brand managers to solicit their interest in sponsoring Ribfest Chicago. This outdoor grill fest features live music and family events during the day. At night it becomes an alternative music rampage. Since its start in a tiny parking lot, the event has mushroomed into existence as one of Chicago’s major festivals–thanks in part to the sponsors who fork over between $10K and $25K to have a presence at it.

How did Melissa do it? She rewired her gag reflex. She sends out teasers a year in advance. No bites? She sends out edited highlights of her sponsorship report to new prospects, showing what sponsors get for their money. That’s followed by a t-shirt with a handwritten note.  Cold calls, meetings and proposals may be down the line. They may not happen at all the first year. But if Melissa thinks she can deliver something wonderful for a certain brand, she stays on it.

This year, Swiss Army Knife and Honda signed on as the official cutlery and car of Chicago Rib Fest, respectively. It took Melissa years to land them. She just kept at it. It took guts to weather withering silence, even flat-out rejection. But eventually she broke through.

We can all learn something from Melissa. We steel our egos from the brutality of rejection by moving on. But if we stop to consider that all we are doing is reaching out—extending a gesture—perhaps we’d be more effective.  Face it: advertising—and that means sponsorship—is changing.

This weekend, I’ll sally over to Ribfest. I hope to snag Melissa for an interview and learn more about her RX for sponsorship in an emerging culture. Stay tuned.