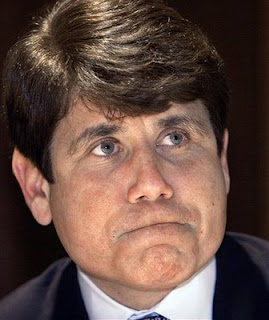 Beleaguered Governor Rod Blagojevich was out Twittering yesterday. Or so it seemed. I followed the chatter a little and watched him rack up over 200 followers. Then I blogged about it over at HuffPo asking is this real or is it an impostor? My post noted with some irony that Blagojevich himself passed into law a bill making the impersonation of a public official a Class 2 felony. This morning, I got a tweet from the impostor and I saw that he had amended his profile clearly stating he’s NOT the Governor of Illinois. Interesting.

What this hoax demonstrates is that it’s open season on Rod Blagojevich’s reputation. His nothing-to-lose situation is being further amplified across Twitter, one of the world’s most viral social networking platforms.

This behavior is a wake-up call to all politicians hoping to protect their identities. And it’s a first-hand example of the wild, wild Web where identity theft is common. To wit, an unscrupulous person can craft an account in your name, use your photo and launch a very public conversation thereby hijacking your brand.

It also poses a question for Twitter. Should it block felonious accounts? If the impostor comes clean in their profile is he/she still breaking the law? Is it a matter of First Amendment rights for the Twit?