The New World According to Rox 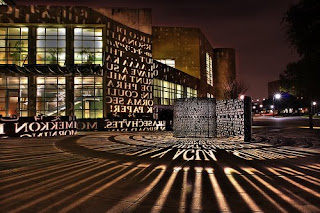 My brain is pinging. I have so much to tell you about Houston. Big confession, it was my first visit to the city. To my great relief, no one held that against me. In fact, the Houstonians I met exuded both Southern charm and Southern hospitality.

The MetLife RenGen event drew a RenGen crowd…diverse, for-profit/non-profit mix of marketers eager to exchange ideas. There were many cultural marketing mavericks on the panel that followed my talk:

Claudia Solis from the Museum of Fine Arts Houston Museum, really rocked the place with her story about their partnership with Starbucks, titled Starbuck’s Mixed Media. To attract a young RenGen audience, she held a series of Hip-hop mash-ups late at night in the museum. The series grew the audience from a few hundred to 7,200. “It got a little scary. I felt like the kid whose parents have left town. There I am with the car keys in my hand!” (Meaning the keys to the museum). She has had decent luck converting the attendees into museum members (1,000).

Hamilton Masters from Gallery Furniture shared a terrific success story about how he launched a contest for video artists that generated over 75 original 30-second spots and launched the otherwise traditional “mattress Mack” into the woolly world of Web 2.0. His advice–“Follow what they say about your customer service on Facebook and Yelp! You can rebuild a bad reputation by listening to complaints and being responsive. Ignore them and they’ll kill your business!!!”

Ed Shipul has a social software and web design firm that manages large-scale communities. His big message: “Stalk the web!” He is also masterful at creating opportunities for his customers to gather and get to know each other. Ed is a very funny guy. He ribbed me openly about glossing over the “Death Comes First” axiom of a renaissance. Audience roared.

Heather Pray, who got sick of meeting friends in bars and invented the HYPA–Houston Young People for the Arts. This is a take on a social club that communicates virally and gathers at gallery openings, opening nights and such. Her numbers continue to grow.

Grace Rodriguez Twittered through out. Shannon Buggs was there representing the Houston Chronicle.

Many thanks to my host, Jonathan Glus CEO of the Houston Arts Alliance and his team Jerome Vielman (a cultural marketing maverick who blew me away with his savvy in promoting the event) and Margaret Miller their PR Maven who whisked me off to an interview with Catherine Lu of Houston Public Radio. Jonathan has won over Houston by taking its formidable arts scene and shining a national spotlight on it so the rest of the world knows about it.

Among the many surprises:

I walked into the radio station just as Georgia Engel from the Mary Tyler Moore Show (mild-mannered Georgette) and she was exactly like her TV persona.

Houston has a great downtown. It’s loaded with untapped potential and awaits discovery by people fed up with the expensive, tedious commute into the sprawl that has grown around it.