How to Make Yourself More Interesting: Lighten Up! 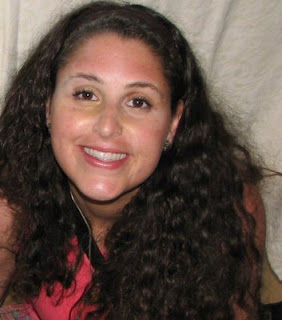 Meet Amy Dean, our guest blogger this week. Amy is an associate here at LitLamp and works with the consulting group. Right now she’s hustling on the Information Privacy Project. Amy’s a PR sharp shooter, capable of generating ideas at the speed of light. And while she can’t leap tall buildings in a single bound yet, she hasn’t ruled it out. As our in-house Twitter expert, Amy has mastered Twitter as a media outreach tool.
Look forward to more “Tweet Beat” posts from Amy in future.
Patricia

When I was a preteen, I spent hours in front of the Atari playing Pacman, dodging goblins and gobbling “Power Pellets.” In the microblogging mayhem of Twitter, collecting “Power Peeps,” is the name of the game.

Users amass “followers” they can pimp to the world in a show of how worthy they are of being listened to. While multi-colored ghosts don’t float around Twittersphere, time usurpers, spammers and hackers do. I weave patterns around the ghouls in search of interesting insights, intriguing information and inspiration from like-minded people that fuel my day. I’ve found a magical place where people merge their work and personal lives to become a collective consciousness that shapes the culture with sweeping waves of conversation. I feel like an ambassador for the human race.

When I first joined Twitter, I was in a hot hurry to build a network. I clicked furiously to find people to follow. I began to realize that when I followed people, they followed me back! I quickly maxed out at 2000. (Twitter forces your number of “followers” to catch up.) While some users choose to grow their networks organically over time, I’ve taken the alternative path. I let people audition.

As the ticker tape of tweets pass before my eyes, I cherry pick the rule breakers who serve up mundane details about their life or are self-serving. No one is immune. In fact, I deleted the political reporter from the Chicago Sun-Times because all she did was post her blogs. I could use an RSS feed for that. The social networking manager of Ford failed to start my engines. And, anyone who talks about their coffee is immediately booted.

Ultimately, everyone wants to follow and be followed back. Of course, it stings initially when someone unfollows you, as Twitterer Liz Strauss bravely pointed out. (I lost two when I asked people to tamp down their missives about their coffee cravings.) But I try not to take being “removed” personally.

If you are on Twitter, why? If not, why not?