Signage: A sponsor’s friend or a sponsor’s enemy? 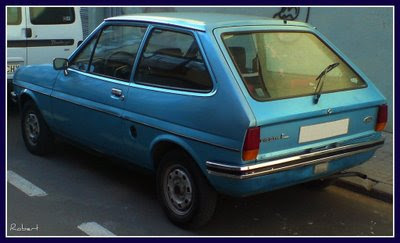 Patricia originally posted this entry on February 24th, 2009, as Ford’s Fiesta Movement was beginning to take off, and we thought it was worth revisiting this creative campaign. Now Ford has chosen their 100 agents, and sent them on various “missions” in their new Fiestas. Check out their progress here.

When I graduated from college, my first vehicle was a Ford Fiesta. At the time, the Fiesta was Ford’s attempt to fend off the more energy efficient Japanese imports. Things cycle around and now Ford is ramping up an ambitious viral campaign for the re-launch of Fiesta in the U.S. 2010, by giving away 100 of them to influential Millennials.

The company is looking for 100 “agents” to receive the car this April, complete Ford-assigned “missions” and chronicle their experiences through their social networks such as Facebook, Flickr and YouTube. The company has dubbed this effort its “Fiesta Movement.”

Ford has set up a Web site, www.fiestamovement.com, where people can upload a two- to-five-minute video explaining why they want to become one of the agents. So far, 1,500 people have applied, according to Ford.

By the time of the Fiesta’s U.S. launch, Millennials will account for 28% of the country’s driving population (a total of 70 million new drivers). The movement gives the company an opportunity to connect with the group before they have established brand loyalty while appealing to their affinity for social networking and technology.
If the 100 winners enjoy their Fiestas half as much as I did, the buzz will be boisterous.