Instant Karma and Why Death Comes to Wall St. 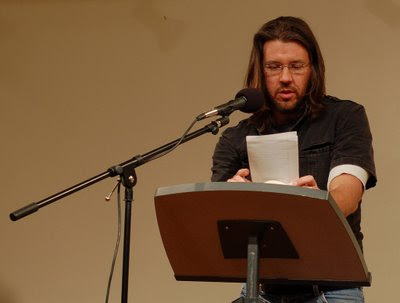 By now you may have heard about the premature passing of David Wallace. I’m devoting Sponsorship Monday to his memory. He was the first novelist to my knowledge whose fictional world came complete with corporate sponsors.

In 1996, his popular second novel Infinite Jest, a futurist swirl of tennis, drug addiction, art, terrorism and loneliness set in a future year was known by the name of its corporate sponsor (e.g., the Year of the Trial-Size Dove Bar). Time Magazine hailed him as, “America’s No. 1 literary seed, at the top of a hierarchy that was, one suspects, largely meaningless to him.”