The Bus Stop: A New Approach to Elder Care

Snapshots from the Future: Photographers Feel the Crunch 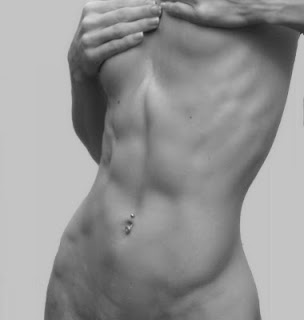 Rock hard abs. It’s a goal for many of the people at my gym. Sadly, at our age (boomers), it’s pretty hard to attain.

My daughter is on the wrestling team at her high school. Last night, she beckoned me to come and look at her abs. “Rock hard!” I proclaimed. (FYI, the photo is of a model, not my kid.)

As it does for everyone, having a fit body demands two things of my daughter: perseverance and curiosity.

Perseverance: She’s up at the crack of dawn to spend an hour having her body hurled around on the mats, mainly by boys, since she is one of only two females on the team. And by the way, the girls push each other–the coaching staff is friendly but pretty much indifferent to them.

Curiosity: Adolescents like to test their limits. It’s what drives aberrant as well as admirable behaviors. My daughter seems to be searching for her own limitations–in this case, physical. She’s curious to see how far she can push herself.

Who doesn’t admire Michelle Obama for taking on childhood obesity? It’s an epidemic that will cost us all dearly. As a marketer, I consider what it’ll take for her to seed a culture of healthy living among American youth. I suspect her success will have little to do with posters of food pyramids. If Mrs. Obama can re-ignite that sense of rugged American self-reliance that drives people to push past their limitations, she’ll make an impact.

Fat kids may not develop rock hard abs during the Obama administration’s tenure. But they may get back in touch with their own wonderment about themselves and what life has in store for them. That’s aspirational. It’s a message about hope for the future…which the Obamas have down cold.