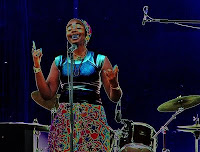 The vaunted Economist magazine reports that the rising number of cultural consumers is an observable trend in England:

“We’ve all heard about dumbing down. But there is plenty of evidence that the opposite is also true. Is this, in fact, the age of mass intelligence?”

Reporter John Parker details his observations in a compelling article entitled, “The Age of Mass Intelligence” that leads me to conclude that the RenGen, with its desire to consume and produce ideas, creative work, and information, is not just a U.S. phenomenon.