Social Media Site Has Cause Marketing its Core

Do You Picture The End? 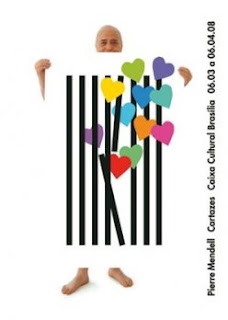 Ever since I became an entrepreneur, I’ve stopped fearing death. Perhaps it’s the stress. Or maybe it’s just that I’ve acquired a taste for uncertainty. Then there’s the idea of a very long nap that really appeals to me. But there are times when I try to picture just how I’d like it to end.

This month, Pierre Mendell, a remarkable poster artist and graphic designer, died in Munich. He was 79. He managed the visual identity of The International Design Museum Munich for almost 30 years, creating his last poster–for an event the museum will host this February–mere days before his death. When I read about his passing over at the Daily Heller, I thought, “That’s it!” A perfect ending to a life well lived.