Can the RenGen Save Web 2.0

Does Art Make Us Smarter?

Columbus Indiana, The Little City That Could 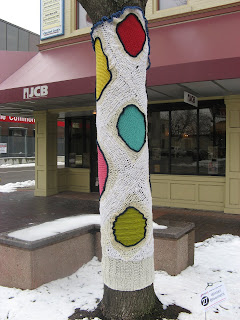 I was in Columbus Indiana recently to brief civic and business leaders on the RenGen. I couldn’t believe my eyes. A town of 39,000, Columbus prides itself on progressive city planning that aims to integrate art and design into everyday life. The town is located about an hour south of Indianapolis, but is a world away. It ranks #6 in the nation for architecture and design innovation, right behind cities such as New York, Chicago, Washington DC and San Francisco. Walk the streets and you’ll encounter buildings by IM Pei and Eero Saarinen. Home of Cummins Engine, the town has a healthy employment rate and has made its parks and cultural scene a priority.

Warren Baumgart, head of the Arts Council in Columbus, looks forward to the next stage of growth as the city plans to build a new mixed-use community space. He and I attended the presentation by the architects and I was impressed by their approach. Note that their survey of the community revealed that the #1 priority among Columbus residents was culture and learning.

This winter, which was a relentless blurr of snow and ice here in the Midwest, Warren got inspired and hosted a competition for knitters. The winning designs were commissioned to knit “tree cozies” to line the main drag. Despite raised eyebrows among the more conservative members of the community, the project drew foot traffic and generated a lot of positive press. The concept is a RenGen blend of DIY verve and eco/art fusion.