On Rituals and Resilience 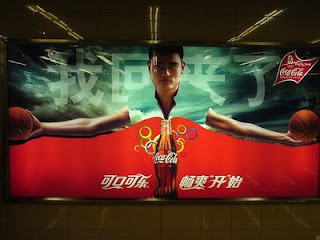 Coca-Cola is painting the town red. Beijing that is. Coke is spending an estimated $70 million to $75 million to be a four-year Olympic sponsor and $5 million to $15 million to be one of three sponsors of the torch run. Additionally, they’ll pop for three to four times more on Olympic advertising to promote their tie to the Olympics.

Coke is working to embed its brand into Chinese culture. It has kicked off a campaign called “Year of the Shuang,” a Chinese word the company translates as a “physical and emotional state of refreshment.” Extensive outdoor advertising including kiosks, logos on cafe furniture, directional signage, and artwork by Chinese artists for posters and Coke cans it commissioned proves the beverage giant is covering all its bases.
Coke’s Internet strategy allows people to pass “virtual Olympic torches” through instant messaging. At least 58 million people have so far received the virtual torches.
Besides ubiquitous outdoor advertising, Coke will run three “centers.” The 40,000-square-foot Shuang Experience Center on the Olympic Green is essentially a museum dedicated to Coca-Cola. It features a gallery about Coke’s history, a theater showing a film about Coke’s sponsorship of the Olympic torch relay, a section on Coke’s charitable activities and a “perfect serve” bar where visitors will receive a perfectly chilled bottle of Coke.
To liquidate a portion of its sponsorship expense on the Games, Coke expects to sell about 26 million beverages sold through concession stands. It will host 10,000 VIP guests, about 8,000 to 9,000 from China. Coke also expects about 250,000 people to pass through the Shuang Experience Center.
Air quality issues and Dream for Darfur protests aside, let’s hope things will go better with Coke.
Photo courtesy of Sinosplice