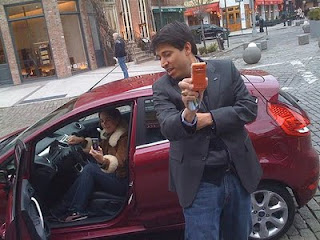 Like many Chicago residents, I grew up somewhere else. After graduating from college in the early 1980s, I was unable to find meaningful work in my hometown of Detroit. Frustrated, I crammed my clothes, record albums and a howling cat into my Ford Fiesta and split for Chicago. Years later, I’m fully assimilated, save one thing. I’ve never shaken my insane love for cars — a telltale vestige of my Motor City roots.

I took notice when I saw that Ford is re-launching the Fiesta. Sporty and fuel efficient, it’s a ray of hope. Ford Motor is bringing back the snappy compact to generate excitement and drive sales among the Millennials — children of Boomers. Little did I know the Fiesta re-launch would reveal an important lesson for traditional businesses struggling to stay relevant in a digital world. Namely, that for people working in deep-decline sectors such as auto manufacturing, success means not only innovating, but changing the culture of your industry while you’re at it.

It’s Sam De La Garza’s job to re-launch the Fiesta. In a post-advertising age, and in an industry driven by assembly-line thinking, De La Garza is a revolutionary who is re-writing the rule book for how to market a vehicle. Consider that two years before the Fiesta…read the full article at Huffington Post.

Photo: Sam De La Garza tweets during a test drive with a For Fiesta fan.