Brands that Become Us: Selling My Volvo

Knock, Knock: Seven Questions to Ask Yourself Before Selling a Sponsorship

An Army of RenGen? 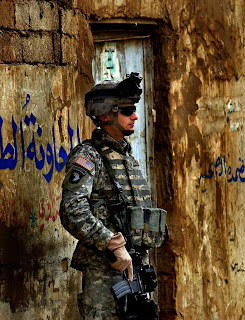 Will the next generation Army be a RenGen Army? The U.S. Army has a professional writing program and a website that pushes out work written by military personnel. Some of it’s creative. Some of it’s discursive. Also curious, is Secretary Gates’s offer to academia to collaborate with the Pentagon in researching to socio-political dynamics of insurgency.

Gates is aiming to apply lessons learned from studying the social dimensions of Al Qaeda recruitment, rites of passage, indoctrination, etc. toward a more psychological approach to fighting terrorism. So far, higher education has been tepid regarding his offer. Too bad. It’s an interesting social experiment that could make a huge difference in forging the next generation of US military that Gates envisions–one based more intelligence, less heavy (expensive) artillery. But most interesting, is that Gates seems to understand the need to appeal to young RenGen as part of his recruitment efforts. As important as his approach is the idea behind it. That more idealistic call to creative, thoughtful engagement appeals to young RenGen. I salute savvy of Gates’s ideas.
photo credit: James Dale