What I Learned In Texas: The Geographical Habits of Young RenGen 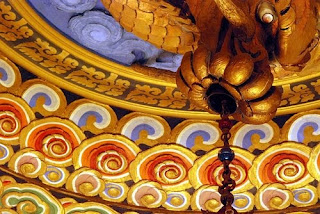 If you’re in the business of advising people, like I am, you know how gratifying it is when a client takes your counsel and enjoys great success. Bernie Griffin is such a client. She helps people partner with the iconic Fifth Avenue Theatre, located in the heart of Seattle. Having helped her re-price and re-package her corporate sponsorship offerings, I cheered her on as she outsold some of Seattle’s major sports properties. In the end, she landed six-figure deals.

Last week, Bernie emailed me about the Fifth Avenue Theatre competing for an American Express grant. The grant is a wonderful example of a company’s wise alignment of its brand with its philanthropic partnerships. In this particular case, AmEx has partnered with The National Trust for Historic Preservation to identify organizations worthy of grants to restore or maintain their buildings. A jewel box of a theatre, Fifth Avenue was modeled after Imperial China’s grandest architectural achievement: the Forbidden City. The interior is breathtaking.

According to Bernie, American Express has selected 25 Puget Sound organizations to compete for a $125,000 grant. All of the organizations will be awarded a total of $1 million for being part of this program.

Here’s how it works. People vote for their favorite structure, and the top grant will go to the top vote-getter. You can vote once a day, every day, until May 12th. The remainder of the organizations will be evaluated once the voting is complete. Their grants will be announced in June.

American Express has a longstanding commitment to preservation. Historic buildings fuel tourism. And travel is bedrock for the brand–“Don’t leave home without it!”, remember? To add marketing muscle to its foundation giving, AmEx is adopting a participation overlay by getting organizations to engage their publics. If Bernie Griffin delivers as she usually does, Fifth Avenue will walk away the winner. But just in case, I’m going to cast my votes Chicago style–that is, early and often. Visit the webpage here.

Thanks to BrittneyBush for the photo.